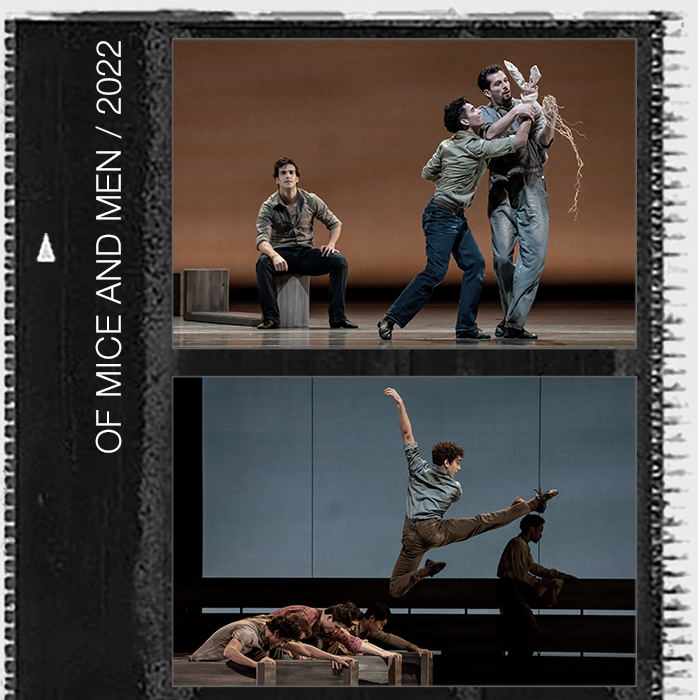 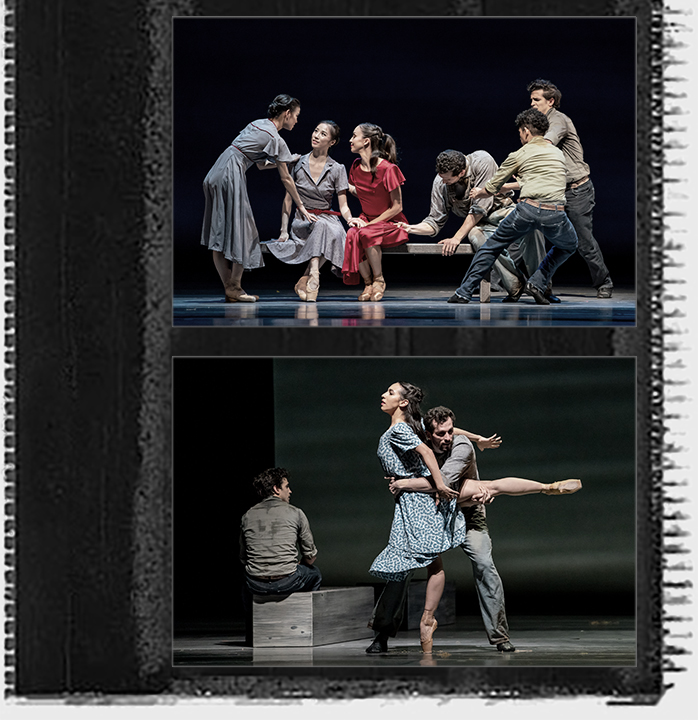 Of Mice and Men

Inspired by the novel by John Steinbeck

‘From the score to the costuming the work was simple, yet intensely profound. Marston’s ballet takes quick-witted George and loyal Lennie from Steinbeck’s 1937 novel and expands it beyond the words originally written… Choreographically speaking, “Of Mice and Men'' allowed the company to utilize the traditional ballet technique they so expertly showed off in “Serenade” while also toying with a more playful, contemporary side. Intricate floorwork, suspended inversions, and complex partnerwork were sprinkled throughout the piece and performed expertly by the male-dominated cast… As the curtain closed, I sat in my seat with an undeniable sense of satisfaction.’
Seeing Dance Chicago

‘Based on the 1937 novella by John Steinbeck, with scenario by Marston and Edward Kemp, music by Thomas Newman, lighting and scenic design by Lorenzo Savoini, and costume design by Bregje van Balen, Marston’s ballet tells its story tersely, with great legibility and intensity.’
Chiacagoreader.com

Insight into the creation: