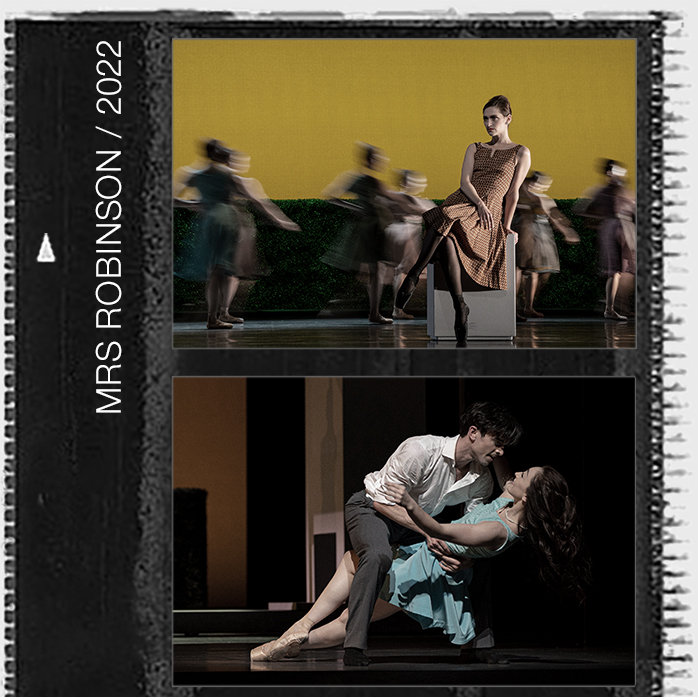 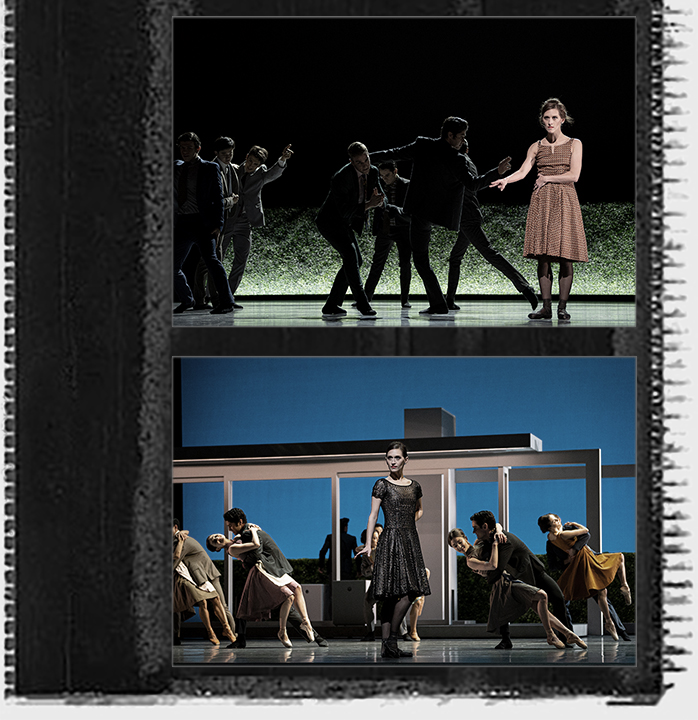 Inspired by the character from Charles Webb’s novel, The Graduate.

"This dramatization of what’s parading through Mrs. Robinson’s head achieves a remarkable character complexity. There are simple pleasures too: The seduction scene is as uncomfortably funny as in the movie, and the climax — Joseph Walsh as Benjamin shooting up one leg as Van Patten, straddling him, arches dramatically and then puffs her cigarette — got a big laugh from the opera house."
San Francisco Chronicle

"Mrs Robinson…has a clever commissioned score by Terry Davies, and equally clever sets and costumes by Patrick Kinmonth, with Mies van der Rohe-style house frames that slide on and off. It has a brilliant choreographic device for illuminating Mrs. Robinson’s inner landscape: a parade of busy, aproned housewives who traipse through her mind as she sits and smokes and stares out at the audience. The more desperate Mrs. Robinson becomes in her attempts to trap her young lover Benjamin, the more the imaginary housewives suddenly collapse to the floor, implying her disillusionment with 1960s womanhood. Add a scene of Mrs. Robinson having to fend off sex with her drunken husband, and you have a sympathetic portrait—and a strong showcase for SF Ballet’s actor-dancers."
Fjord Review

A short film version of Mrs Robinson directed by Lauren Finnerman with Choreography and Creative Direction by Cathy Marston.

Video excepts of the work:

Interviews and insights to the creation: